Maps were disabled by the visitor on this site.

To insure default rates did not apply we contacted Philip to review contracts again, which were duly carried out and renewed with same provider as there was a decrease in rates that year a further €1100.00 was realised

Rates continued to fall and to that end a further 8% saving €3,350.00 was achieved in savings by switching to Airtricity

A new provider entered the market and after careful analysis a switch to Panda was preferred by the company realising a further €2,850 from 2017. Wolrac Ltd have been kept in contract over the past 5 years thus maintain an avoidance of default variable rates ie 30% higher as well as achieving best rates on the market.

In 2014 – Introducing new packages and unlimited services through Eir a further 700.00 per annum was realised mobile contracts and upgrades have been realised since then. In 2015 New Eir packages reduced the landline bill by 20% = 1184.00 and again some adjustments were made in 2016.

In 2014, when all bills were checked the inflated rates, additional unnecessary charges, terminal pricing and transaction fees were substituted with a new provider lending to reduced costs. Three terminals were provided with contactless services and with no additional charges 40% was saved annually on all fees.

In 2017 banking rates were reduced globally for Merchant Services and again a full review showed up further cost reduction savings and providers were again switched to achieve a further 15% reduction.

With changing markets and much of shopping now happening online Philip decided to invest in a new Online cloud based system with a loyalty scheme and other facilities provided by Eposnow. Our Epos Expert navigated the sale training and integration into Philips business which now has increased his overall turn over by 15% in year one.

Stock taking and use of existing stock between shops is now seamless and has added a new dimension to the business. A loyalty scheme was implemented for existing and new customers to incentivise return sales. Accounting and logging of usage per customer became simple and Philip has now control over all his stock and sales both on the high street and Online.

Having contacted Tony the owner of Bellissimo restaurant in 2012 the following historical record shows savings made over a period of five years. 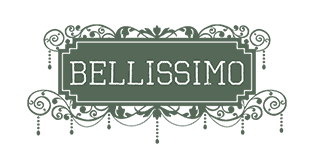 Maps were disabled by the visitor on this site.

Contracts were renewed with same provider preventing default rates being applied thereby maintaining a low cost Base for the year.

A change in the market rates this year lead to a saving of 7.50%, staying with same provider and by renewing we managed to maintain the cost base similar to 2013. Reduced rates and a different tariff meant a saving of €2,375.00

Again we renewed his current provider for 12 months and also reviewed some overbilling issues by the provider and managed a credit to the account for over estimating by using incorrect meter reads.

Rates decreased generally on the market and although the current provider would not renew on new available rates Bellissimo switched based on our recommendation on both Gas [saving 20%] and Electricity [ 17.50%]

A new provider entered the market and again this provider offered 7% more than all other providers to get a foothold in the market. Again further savings were realised on electricity, Gas was renewed with the current provider. Savings in 2017: €1,862.00

Upload your Utility Bill for Audit

This site uses cookies. By continuing to browse the site, you are agreeing to our use of cookies.